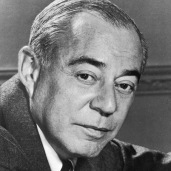 Richard Rodgers (1902-1979) Broadway composer of great musicals such as Carousel and Oklahoma. 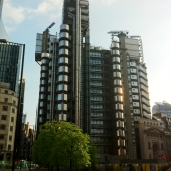 Lloyd’s of London building designed the architect RR. Not part of the set of Sound of Music.

So I can’t really scan (see first few days of 30 days of sheet music for my D- graphics production). But so focused on that, I managed to miss–until pointed out by an ever vigilant reader–that I don’t even know how to spell the last name of one of my idols Richard Rodgers. Got him confused with the other RR (of whom I am also a fan), architect Richard Rogers.