“Two communities outside Birmingham, Alabama, are
still searching for their dead.” — News Telecast

And tomorrow morning at 8 o’clock in Springfield, Massachusetts,
my oldest aunt will be buried from a convent.
Spring is here and I am staying here, I’m not going.
Do birds fly? I am thinking my own thoughts, who else’s?

When I die, don’t come, I wouldn’t want a leaf
to turn away from the sun — it loves it there.
There’s nothing so spiritual about being happy
but you can’t miss a day of it, because it doesn’t last.

So this is the devil’s dance? Well I was born to dance.
It’s a sacred duty, like being in love with an ape,
and eventually I’ll reach some great conclusion, like assumption,
when at last I meet exhaustion in these flowers, go straight up. 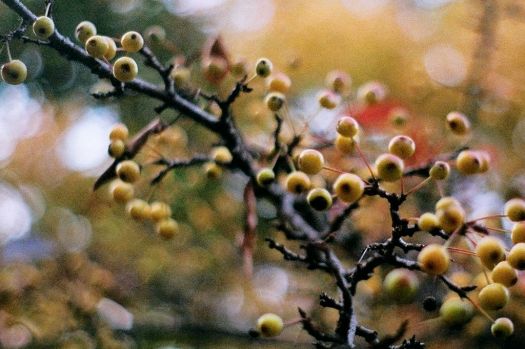 Some nice words from fellow blogger David Murphy about an online educational course and TV series I co-executive produced, Invitation to World Literature.

“The 13 works are well-chosen, clearly reflecting the aims of the producers. I won’t list them, as if you click on the pic of the interface you’ll get a more easily readable version. I suspect that, like me, you have a passing knowledge of a few titles (The Odyssey, Candide, The Thousand and One Nights), but what do you know about Popol Vuh? Quite a fascinating mixture across the ages, I’m sure you’ll agree. Always tricky to choose something contemporary, of course, but a goodly sample of bibliophiles would at least grudgingly agree with The God of Small Things (Arundhati Roy), I would claim. The other recent title, My Name is Red (Orhan Pamuk), is likely less well known (unless you’re Turkish!), but maybe here I’m just displaying my appalling ignorance of world literature.

The interface is clean and inviting, and the material and background resources well-chosen and lovingly presented. You can delve via the ‘Watch’, ‘Read’ or ‘Explore’ menus, each simple to navigate.”

A few additional tidbits to note: all the videos are online, but they are also sometimes on public television in North America (granted, they probably air at 6 a.m. on Sunday morning, that’s sort of the story of my producing life, but you can TiVo it people!).

Also, there is lots more, a college degree’s worth of courses and then some, at Learner.org from Annenberg. They have a two-fold aim, provide well-produced media-based online courses for college students (and life-long learners), and provide materials for teaching training. I have worked on many projects in both categories, and they were great experiences.

And back to World Literature–truly one of the great things, one of those “before and after” moments in my reading life–was reading Monkey, for the project, a book I didn’t know. It’s a Buddhist parable, an insight into Chinese history and culture, wacky and funny, and also profound. For me, finished on a bitterly cold night on Cape Cod six New Year’s Eves ago, it was an invitation to think about my being as both monkey and monk in a way that has kept me company ever since.

Encountered a book called “Letters to a Fiction Writer”–an anthology rustled up by the late Frederick Busch, whom I have always liked (although I do seem to get my Busch and Bausch novelists mixed up). It may be one of the Bausch brothers I like so much.

The letter that caught my eye, somewhat surprisingly, is one by Joyce Carol Oates, mostly “write your heart out,” but it opens thus:

“To a Young Writer:

All that a man has to say or do that can possibly concern mankind, is in some shape or other to tell the story of his love,–to sing; and, if he is fortunate and keeps alive, he will be forever in love. This alone is to be alive to the extremities.  –Henry David Thoreau, Journal, 6 May 1854

(Yet keep in mind Thoreau’s other, more sardonic aside in the first chapter of Walden:

I have lived some thirty years on this planet, and I have yet to hear the first syllable of valuable or even earnest advice from my seniors. They have told me nothing, and probably cannot tell me anything, to the purpose. Here is life, an experiment…untried by me; but it does not avail me that they have tried it…One generation abandons the enterprise of another like stranded vessels.

How achingly true this seemed to me when I was a young, adolescent writer, and seems so still!)

If it’s your ambiguous destiny to be a writer, you already know that no one can tell you what to do; how to behave; still less how to think, and how to feel about yourself….

The letter also has this observation a bit later,

Don’t be ashamed of being an idealist, of being romantic and “yearning.” If you yearn for people who won’t reciprocate your interest in them, you should know that your yearning for them is probably the most valuable thing about them. So long as it’s unrequited.

Reminds me of something I read years ago by Robert Penn Warren about no experience in life being wasted on a writer.

That this resonates with me surprises, as, although I’ve always been impressed by Oates industry, I haven’t really clicked with her writing — at least the fiction. But she is apparently a wonderful mentor. To wit, this this recollection by Jonathan Safran Foer:

JSF: She [Oates] wrote a letter to my house in DC during one break, and she said, “We talked a lot about your work in the context of the class and now I would like to talk about it a little more personally. “You appear to have a very strong and promising talent coupled with that most important of writerly qualities, energy.” And man is she right! Energy is the most important writerly quality. In any case, she gave me a reading list. It was a very Joyce Carol Oates thing to do. She gave me suggestions for what avenues to pursue. And somebody took me seriously. It was a revelation for me. The revelation was not just that—the smaller revelation was that a writer of Joyce’s caliber would like my writing. The much larger revelation was that there was such a thing as my writing. It had never occurred to me.

A last shot from vacation….

in nature there are few sharp lines: there are areas of
primrose
more or less dispersed;
disorderly orders of bayberry; between the rows
of dunes,
irregular swamps of reeds,
though not reeds alone, but grass, bayberry, yarrow, all …
predominantly reeds:
I have reached no conclusions, have erected no boundaries,
shutting out and shutting in, separating inside
from outside: I have
drawn no lines:
as
manifold events of sand
change the dune’s shape that will not be the same shape
tomorrow,
so I am willing to go along, to accept
the becoming
thought, to stake off no beginnings or ends, establish
no walls

An excerpt from Beowulf:

Then moved o’er the waters by might of the  wind
that bark like a bird with breast of foam,
till in season due, on the second day,
the curved prow such course had run
that sailors now could see the land,
sea-cliffs shining, steep high hills,
headlands broad. Their haven was found,
their journey ended. Up then quickly
the Weders’ clansmen climbed ashore,
anchored their sea-wood, with armor clashing
and gear of battle: God they thanked
for passing in peace o’er the paths of the sea.

Theatrical distances, bronze shadows heaped
On high horizons, mountainous atmospheres
Of sky and sea.
It was her voice that made
The sky acutest at its vanishing.