Please accept without obligation, implied or implicit, my best wishes for an environmentally conscious, socially responsible, politically correct, low stress, non-addictive, gender neutral celebration of the winter solstice holiday, practised within the most enjoyable traditions of the religious persuasion of your choice, or secular practices of your choice, with respect for the religious/secular persuasions and/or traditions of others, or their choice not to practice religious or secular traditions at all. I wish you a financially successful, personally fulfilling and medically uncomplicated recognition of the onset of the generally accepted calendar year 2016, but with due respect for the calendars of choice of other cultures or sects, and having regard to the race, creed, colour, age, physical ability, religious faith, choice of computer platform or sexual preference of the wishee.

By accepting this greeting you are bound by these terms that:-

This greeting is subject to further clarification or withdrawal.

This greeting is freely transferable provided that no alteration shall be made to the original greeting and that the proprietary rights of the wishor are acknowledged.

This greeting implies no promise by the wishor to actually implement any of the wishes.

This greeting is warranted to perform as reasonably may be expected within the usual application of good tidings, for a period of one year or until the issuance of a subsequent holiday greeting, whichever comes first.

The wishor warrants this greeting only for the limited replacement of this wish or issuance of a new wish at the sole discretion of the wishor.

Any references in this greeting to “the Lord”, “Father Christmas”, “Our Saviour”, “Rudolph the red-nosed reindeer” or any other festive figures, whether actual or fictitious, dead or alive, shall not imply any endorsement by or from them in respect of this greeting, and all proprietary rights in any referenced third party names and images are hereby acknowledged.

This greeting is made under Czech Law.

In case you are overwhelmed by White Christmas and Jingle Bells just now, here’s The Shepherd’s Farewell from Hector Berlioz’The Childhood of Christ

Check out this amazing article in The Intercept about the military espionage equipment now being used domestically–in specific dragnet style devices that spoof cell phone towers and hoover up data from mobile phones, whether it belongs to a “person of interest” or just John or Jane Q. Public. Probable cause seems to = having a cell phone!

ANY OF THE DEVICES in the catalogue, including the Stingrays and dirt boxes, are cell-site simulators, which operate by mimicking the towers of major telecom companies like Verizon, AT&T, and T-Mobile. When someone’s phone connects to the spoofed network, it transmits a unique identification code and, through the characteristics of its radio signals when they reach the receiver, information about the phone’s location. There are also indications that cell-site simulators may be able to monitor calls and text messages.

In the catalogue, each device is listed with guidelines about how its use must be approved; the answer is usually via the “Ground Force Commander” or under one of two titles in the U.S. code governing military and intelligence operations, including covert action.
But domestically the devices have been used in a way that violates the constitutional rights of citizens, including the Fourth Amendment prohibition on illegal search and seizure, critics like Lynch say.

People should start talking more about this and who is “watching the watchers.”  I’m glad The Intercept is.

A few tidbits that caught my eye on computers and education. First, the inspiring Conrad Wolfram adding his powerful voice to an argument that is now 30 years old…whether we should still be wasting the massive amount of time we do teaching students to calculate by hand using algorithms they memorize, but neither understand nor will ever use.

One thing he doesn’t get into…rote methods are certainly inappropriate for this computerized age because computing has fundamentally changed both mathematics and will change education, although not without a fight, but what’s more–there is really very limited evidence they worked in the past. As somebody who has spent a lot of the last 20 years doing work in math education, the nostalgia for our parents’, grandparents’, and and great grandparents’ modes of teaching and learning math would be funny if it weren’t so sad. If they are around, go ask them what it was like, and then reflect whether you’d go back, and also what it did for them? (For the mathematically elect it worked, everybody else it was a dead letter).

Wolfram’s ideals–problem solving, real world problems, real engagement with computing as part of thinking, and assessments that make this visible, are mine. But the question does remain, what do you do in class as a teacher? What does it actually look like? Pedagogy–although there is much talk about scientific testing thereof–often seems like pseudo science. For one thing, real tests on actual students raise ethical questions, time/longitudinal work is hard to do, and controlling for variables is logistically impossible. (I went to seven schools before I was 14, just for one factor, I also grew up with writing teacher father and journalist mother. I wasn’t a very tractable English student, and would have stood for being a lab rat even less.

What I’ve wondered about for years is whether you could take educational data and create a model of an educational experience in a computer, including necessary data on the students, the teachers, the environment, and the content, and then feed in various pedagogical approaches and see the results? You could run as many trails as possible speeded up as you want, and watch these simulations to see what happen.

One problem with this is that learning (as opposed to scoring tests) has been very poorly modeled in computers until recently (and even now it’s still pretty primitive–the not exactly earth shattering discovery that students take many different paths to solving problems is enough to get you tenure at Stanford apparently, although doesn’t seem like something a grade school teacher takes more than a week or two to notice her first year!).

A piece in the Post by Joel Achenbach on computers that that learn the way humans do. It too is pretty primitive in comparison to my automated learning simulation lab idea, but at least it suggests that there is some plausibility that such a thing might happen.

By the way, on an unrelated note: The Post is reading better than it has done in years. I attribute it, right or wrong, to Marty Baron, and certainly not to Bezos, beyond his hiring of Baron. 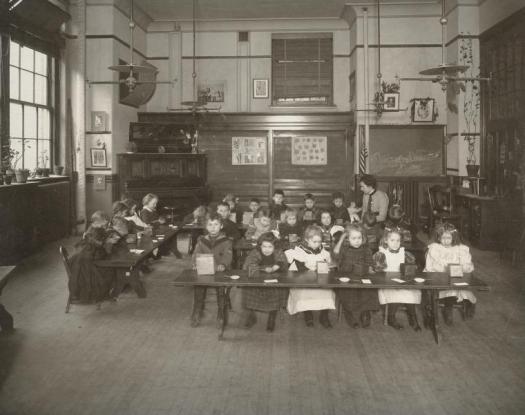 A break from my usual humanities stuff to give a shout out to Nicole Jeray, an LPGA golfer with narcolepsy, who graciously let the team at VOX Television, where I am a digital producer, profile her for the centerpiece of a patient education project on the disorder.

She’s profiled in today’s NYTimes, and here’s the site, part of an ongoing project on sleep health and education.