A couple of nice bits encountered in recent reading: First the poet August Kleinzahler in a piece on poet Michael O’Brien.

“But [George] Oppen taught O’Brien a great deal, lessons he took to heart. Later, he described what he had learned:

A kind of plain-spokenness about inner things. Not to simplify. To know as precisely as you could just how complicated things are, and not to make them either more or less so.

Patience. That there are things you can’t rush.

‘Paradise of the real’. That it was here, if anywhere … How resonant that word ‘real’, was for Oppen, for Duncan, for Jack Spicer.

Clarity. That clarity was possible.

That you could employ prose or verse as needed.

That writing poems was a serious business. Not that you had to be a bloody owl, but that it mattered.”

And a quote from a piece on libraries in the Sunday NYTimes (the essay is by Manesh Rao here quoting Sophie Mayer).

“[The library is] the ideal model of society, the best possible shared space,” because there “each person is pursuing their own aim (education, entertainment, affect, rest) with respect to others, through the best possible medium of the transmission of ideas, feelings and knowledge — the book.”

I know I am not the only person who, on visiting a new city, checks out the library as a tourist attraction. An architecture blog has fueled the fire by proposing the 19 most beautiful libraries in the country.

Having recently seen the Geisel library at UC San Diego, it’s something else (although conventionally beautiful it is not).  But no argument with the Boston Public Library, still my favorite library anywhere.

The main reading room at BPL, a place I mostly go to write, rather than read.

Of the others on curbed list, in addition to Geisel (yes, of Dr. Seuss fame) and Boston, I have seen the Library of Congress (worked there for years in fact), the NYPL (pretty wonderful), The Peabody Library (although for an event, not to browse), The Washington Library in Chicago, The Beinecke (worth a special trip, particularly at sunset), the Law Library at UMich (which would not have made my personal list of bests), and the L.A. Library.

I would have included the Quincy (MA) Crane Public Library too, a H.H. Richardson masterpiece. And the renovated Cambridge (MA) Public Library is pretty fetching too.

during a few cold days in D.C. and Boston

Outside my usual content, but posted because its fascinating and also edited by a former colleague of mine. 11 days until e. coli evolve to become resistant to 1000x antibiotic.

Saw a wonderful exhibition at Washington’s Sackler Museum (part of the Smithsonian), “The Art of the Qur’an: Treasures from the Museum of Turkish and Islamic Arts”

The artifacts themselves are stunning examples of book art–appreciators of the idea of craft will be engrossed–and the organization and copy of the exhibit is an elegant balance of viewpoints, culture and context. Lovely to be there on a busy day (Chinese New Year celebrations were also going on, with lots of kids bustling around) and to hear people discussing linguistic history and also praying.  D.C. at its best with the diversity of the world sharing awe and delight.

Also, should you be so inclined, the Smithsonian has created a related free iPad App. A good idea for these works, which are the ultimate in intricate & beautiful detail. 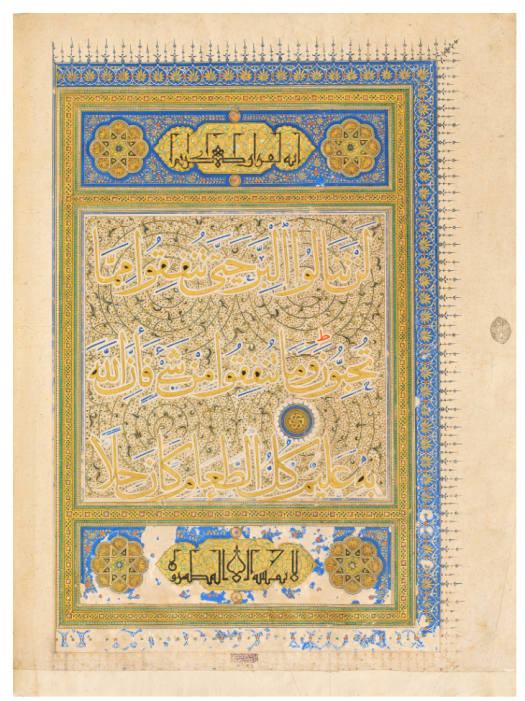