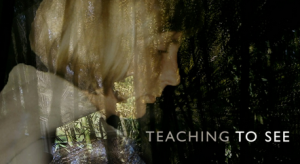 In trawling around looking for somebody who has tips on WordPress workflows for writers (a much more enticing task than actually writing blog posts!) I found a couple of interesting extensions of WordPress.

The first is PressBooks, which seems to be a gussied up WordPress implementation designed to output books in any format you could want. The “about” blurb from their web site: 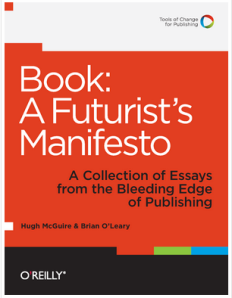 Back to the topic, PressBooks seems an interesting gizmo, although I wonder if this current advent of so many tools to get digital content into print form will be short-lived. It seems like middleware that could very well be obsolete as digital and print publishing formats settle down.

The other one I found is Anthologize, which seems to be a lo-fi version of the same idea, but is the engine behind National Novel Writing Month (how’s your training going? It’s this November), and seems oriented towards local history, family use, and a wonderfully described category of “artists, writers, and enthusiasts!”

Still didn’t find anybody who has worked out a good workflow for writing in WordPress, though, my original quest.

Tipped off by TLS to poetic translations of Classical Arabic, Persian, Hebrew and Turkish poems by historian Bernard Lewis, I did what I do, and found it in the Takoma Park Library. 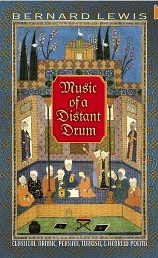 Lord, of your grace all that I hope is this–
keep the realm of my pleasure prosperous
avert from me the calamity of chastity
and keep far from me the doom of repentance.

They said be patient, patience will bear fruit.
I suppose it will, but in another life.
I have spent my whole life being patient.
I’ll need another life to reap the fruits.

One grey hair appeared on my head
I plucked it out with my hand.
It answered me: “You have prevailed against me alone–
What will you do when my army comes after me?”

I grew up with pianos. For a Midwesterner of my era, pianos and piano lessons were a given of a middle-class childhood. The same for my parents: although one was a city kid, born and reared on the South Side of Chicago, and the other from rural Indiana, both had pianos in the house. My mother was a life-long amateur pianist sufficiently accomplished to accompany my father’s pleasant baritone in show music and the occasional operatic aria. After I learned myself at age 10 or so, I became the relief accompanist.

This do-it-yourself approach to musical activity was (and is) such a commonplace in my life that it makes me catch a breath to realize that it’s vanishing. “Playing” music now, for the vast majority, probably means pressing a button on a digital device, rather than a key on a piano. The piano, at least for amateurs, is on its way to be a specialized hobby or nostalgic memory (along the lines of the Ford Model T, about which E.B. White wrote a wonderful elegiac essay).

Perhaps it’s inevitable. After all, the piano’s salad days predate my childhood and that of my parents and grandparents too. It was really the musical paragon of 19th century, that era of Franz Liszt’s superstardom. The piano was the social and cultural engine of Romantic music and had a dominance that is hard to imagine now.

Things change of course and I’ve come across two stories that report on the inevitable:

First, paradoxical survival of pianos and even piano bars in Joe Eskenazi’s great (and well-reported) piece from the SF Weekly, Changing Keys: Martuni’s Piano Bar Thrives in a Karaoke World.

“It’s not easy to silence the room at Martuni’s. But she does. The tall, pretty, and painfully young woman ambles up to Monday night pianist Joe Wicht and asks if he knows “Over the Rainbow?” Wicht, a wickedly funny man who, moments earlier threatened to “revoke the gay cards” of anyone who didn’t sing along to “We Are Family,” is at a rare loss for words. Asking a middle-aged, gay musician at a piano bar teeming with gay musicians if he knows the most famous of all Judy Garland songs is akin to asking the waiter at a Chinese restaurant if he serves rice and tea. Incidentally, Wicht does know “Over the Rainbow,” and the young singer pulls it off. Were a Munchkin in the house, he might thank her very sweetly, for doing it so neatly.”

I think there is one piano bar left in Boston, but dBar isn’t it. Good food, yes, but musicals sing along night is to karaoke, and peopled by people (like the woman above at Martuni’s) who won’t be knowing their Sondheim from their Weill.

And the opposite of survival: Daniel Watkin’s report from the NYTimes, For More Pianos, Last Note Is Thud in the Dump on what happens to the pianos that are left behind. (I was grateful to find a happy home for my upright in my recent move; that said: it is an object, not a living thing, and the piano I’m contemplating now is electronic, that is, until I have quarters big enough for my uncle’s mostly unplayed Baldwin grand.)

The site, a trash-transfer station in this town 20 miles north of Philadelphia, is just one place where pianos go to die. This kind of scene has become increasingly common.

“We bust them up with a sledgehammer,” said Jeffrey Harrington, the owner of Harrington Moving & Storage in Maplewood, N.J.

A striking find reported on the Times’ photography blog, Lens, (one that is new to me.) 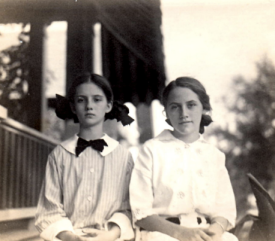 “I came across this small little album in this plastic bag. … Nothing on the cover — I opened it up and even seeing the typed page, I was immediately taken by it. When you look at the pictures, you realize it’s something really spectacular and very different from the many things you’ve encountered when you look at photographic albums……You really have to slow down and start to think about what it means, what good pictures mean and what constitutes as a good picture.”

—Michele Penhall, curator of prints and photographs at the University of New Mexico Art Museum

The photographs are remarkable as is the sleuthing of blogger Matt McCann who is determined to find the people and stories behind the pictures. 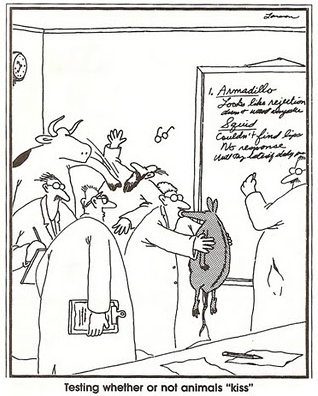 As noted below, good mistakes are a key to career success (at least in Daniel Pink’s view). He would be in accord with Melvin Cohn, the emeritus Salk Institute immunologist who reflects on the same thing (but in a different context).

I now appreciate how much I learn by being wrong; I can change my mind when confronted with a rational argument, without the need to have the change appear to be purely semantic or to hope it will pass unnoticed. What must it be like to be a priest, general, bureaucrat, lawyer, medicine person, or politician who is never permitted to be wrong? No wonder they learn so slowly. I am grateful to be in a profession where, at least in my view, the realization of being wrong is equivalent to an increase in knowledge.

This is from an article called “The Wisdom of Hindsight,” from the Annual Review of Immunology 12:1-62, 1994, and comes in the context of Cohn’s recollection of visits to the Salk Institute by the philosopher Karl Popper, who spent the winter of 1966 there. They had lunch together every day.

From the exhibit web site:

The Museum invited firms and individuals to sponsor, design, and construct a hole with a building-related theme inspired by an actual building, bridge, landscape, or monument—or a completely fanciful one.

The following organizations and individuals answered the call, and their ingenuity will be on display all summer. Many have teamed up with other building industry professionals to make their hole as dynamic as possible. To stir the team’s competitive juices, the Museum will present a Best in Show award determined by a jury of design experts, and players will vote for People’s Choice.

Pictures to come after my championship round later this summer.

These lines of Frank O’Hara keep coming back to me as we hunt for a new place:

“I can’t even enjoy a blade of grass unless I know there’s a subway handy, or a record store or some other sign that people do not totally regret life.”

Me too. My word problem for the perfect apartment involves drawing a polygon with points joining a public  library, a coffee shop, a movie theater, subway stop, and a place to go on a long walk. Fill in the area, and put a dot more or less in equidistant from all the points. That’s where we want to live. The rub is, for city people at least, that’s where we all want to live, and the premium is high.

Walk Score does a version of this (although its algorithms are a little shaky). But there’s something missing, that sense of how you feel about a neighborhood as you leave or come back to your place. As an architect friend of mine points out, this is perhaps the most important ingredient, and one, unlike the inside of your home, that you have very little influence over.

For any digital producers out there: herewith a list of sources that can help you keep up with the mad pace of change. Culled from a LinkedIn discussion and other sources. 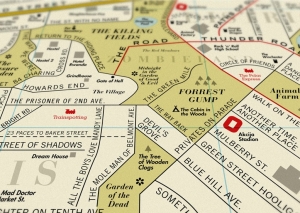 The British Designers We Are Dorothy have created a map of the movies. Cute idea. You can zoom in (but not print) at http://www.fastcodesign.com/1670348/infographic-a-street-map-of-famous-places-in-the-movies and can order it on We Are Dorothy’s site, where they describe it:

A street map made up of over 900 film titles including cinema classics such as Lost Highway, On the Waterfront, Jurassic Park, Reservoir Dogs, Carlito’s Way, Nightmare on Elm Street, Valley of the Dolls and Chinatown.

The Map, which is loosely based on the style of a vintage Los Angeles street map has its own Hollywood Boulevard and includes districts dedicated to Hitchcock and Cult British Horror movies. Like most cities it also has its own Red Light area. There’s an A-Z key at the base of the Map listing all the films featured with their release dates and names of the directors.

They’ve got a sense of humor, among other things putting “Grindhouse” at the end of “Howards End.” But what the hell is “The Mole Man of Belmont Ave?”