Although the days have been uncharacteristically summery, we’ve finally had an October shower followed by an uncertain sky, which evokes a few lines of Basho I love.

It was early in October when the sky was terribly uncertain that I decided to set out on a journey. I could not help feeling vague misgivings about the future of my journey, as I watched the fallen leaves of autumn being carried away by the wind.

From this day forth
I shall be called a wanderer,
Leaving on a journey
Thus among the early showers.

You will again sleep night after night
Nestled among the flowers of sasanqua.

And some seasonal mums from Dumbarton Oaks. 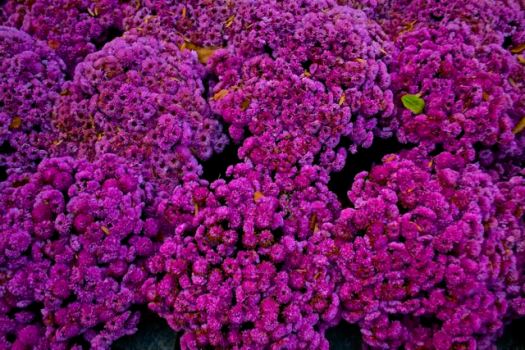