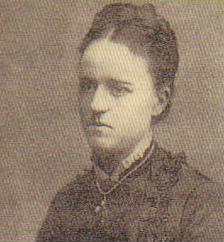 It is very curious how, for the last year or two, I perpetually come across in my reading just what I have been thinking about, curious I mean, of course, because my reading is so haphazard. It reminds me of [William] in the old days when his eyes were bad and I used to begin and tell him something which I thought of interest from whatever book I might be reading, when he would invariably say, “I glanced into the book yesterday and read that.” I wonder what determines the selection of memory, why does one childish experience or impression stand out so luminous and solid against the, for the most part, vague and misty background? The things we remember have a firsttimeness about them which suggests that they may be the reason of their survival. I must ask Wm. Some day if there is any theory on the subject, or better, whether ’tis worth a theory.

I remember so distinctly the first time I was conscious of a purely intellectual process. ’Twas the summer of [18]56 which we spent in Boulogne and the parents of Mlle. Marie Boningue our governess had a campagne on the outskirts and invited us to spend the day, Perhaps Marie’s fête-day. A large and shabby calèche came for us into which we were backed, save Wm.; all I can remember of the drive was a never-ending ribbon of dust stretching in front and the anguish greater even than usual of Wilky’s and Bob’s heels grinding into my shins. Marie told us that her farther had a scar upon his face caused by a bad scald in his youth and we must be sure and not look at him as he was very sensitive. How I remember the painful conflict between sympathy and the desire to look and the fear that my baseness should be discovered by the good man as he sat at the head of the table in charge of a big frosted-cake sprinkled o’er with those pink and white worms in which lurk the caraway seed. How easy ’t would be to picture one’s youth as a perpetual escape from that abhorred object!—I wonder if it is a blight upon children still?—But to arrive at the first flowering of me Intellect! We were turned into the garden to play, a sandy or rather dusty expanse with nothing in it, as I remember, but two or three scrubby apple-trees, from one of which hung a swing. As time went on Wilky and Bob disappeared, not to my grief, and the Boningues. Harry was sitting in the swing and I came up and stood near by as the sun began to slant over the desolate expanse, as the dreary h[ou]rs, with that endlessness which they have for infancy, passed, when Harry suddenly exclaimed: “This might certainly be called pleasure under difficulties!” The stir of my whole being in response to the substance and exquisite, original form of this remark almost makes my heart beat now with the sisterly pride which was then awakened and it came to me in a flash, the higher nature of this appeal to the mind, as compared to the rudimentary solicitations which usually produced my childish explosion of laughter; and I can also feel distinctly the sense of self-satisfaction in that I could not only perceive, but appreciate this subtlety, as if I had acquired a new sense, a sense whereby to measure intellectual things, wit as distinguished from giggling, for example.

Her philosopher brother William was born in 1842. “Harry,”her brother, novelist Henry James, in 1843. He was devoted and attentive to her, if a somewhat scandalized admirer of her diary.