Still reading her book on The Sixties, cleared-eyed about her hippie youth (and youth in general): 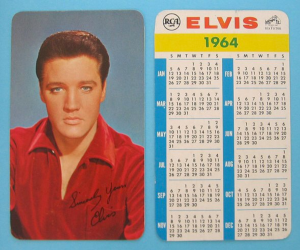 “Our youthful cruelty was boundless. Youth does cruelty quite easily, not having the accretions of time to deal with, but I remember a glaring clarity as I looked at the bourgeois life and its compromises, the working life and its compliance, and what seemed the direct consequences of both, that may have demanded cruelty to reassure ourselves that we could stay clear of it. Some of the generation that had come to their young adulthood in the Fifties had seen it too and hit the road. It’s kind of a laser-guided vision, a pure beam of light in a crepuscular landscape, that is available to the young when they look at the world that has been made ready for them, which they are about to step out into. You see it in your children when they get that pitying, disdainful smile on their face and don’t bother to argue with you because you can’t possibly grasp what they know. Which is, simply, that they are new and you are old, and that what they see is being seen accurately for the first time ever. And they are right. The compromises that adults make cause much of the suffering in the world, or, at best, fail to deal with suffering. Acceptance of one’s lot–maintaining a silence about what can’t be said, lowering your expectations for your own life and for others, and understanding that nothing about the way the world works will ever change–is the very marrow of maturity, and no wonder the newly fledged children look at it with horror and know that it won’t happen to them–or turn their backs on it for fear it will. They know it’s too late for you to “get it,” so they smile and leave the room, away from your reasoning, well, actually, increasingly shrill voice. It’s unnerving–especially if you remember that same smile on your own face when you were young. Not everyone, of course not everyone, but that terrible clarity of vision is available to the young of every generation, and those who look become the trouble-makers, the difficult ones, that the elders complain about eternally.”

It is the eternal face off, but at least in The Sixties, the youth did hold on to the idea of change far longer and more tenaciously. (Although, I think when I get to the “Changing Our Minds” chapter that closes the book, I’ll see that Diski sees that same tenacity being the engine of the Thatcher/Reagan era.)