Oscar Wilde has it down. Here’s his reply to a newspaper that ran a scathing review of one of his plays, in which the writer flunked the first rule of fact-checking, get the playwright’s name right. From Letters of Note: 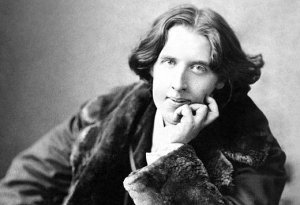 John is an admirable name. It was the name of the most charming of all the Disciples, the one who did not write the Fourth Gospel. It was the name of the most perfect of all the English poets of this century, as it was the greatest English poet of all the centuries. Popes and princes, wicked or wonderful, have been called John. John has been the name of several eminent journalists and criminals. But John is not amongst the many delightful names (they included, besides Oscar, Fingal O’Flahertie Wills) given to me at my baptism. So kindly let me correct the statement made by your reckless dramatic critic in his last and unavailing attack on my play.

The attempt he makes to falsify one of the most important facts in the history of the arts must be checked at once.